COVER STORY: “I never got to see my baby’s face.” At 16, Christine’s newborn baby was stolen from her.

As a young woman I fell pregnant to my boyfriend of two years. The year was 1969. My partner wanted to marry me, but I felt that I was too young and wanted to wait. My parents did not support my decision to keep my child and sent me away from home to work as a housekeeper. I was not allowed to return home until after the birth, and from the time I left home I had no contact with relatives or friends, only my child’s father.
Our local doctor was Catholic and convinced my mother that she was doing ‘the right thing’ in insisting that I adopt out my infant. He suggested that she take me to Crown St., then the largest maternity hospital in NSW. I had to visit first with a social worker before being admitted as a maternity patient. The social worker espoused the benefits of adoption, and commended my mother on her decision to select an adoption plan for my unborn child. I explained that I wanted to keep my baby and that the father and I planned to get married in the future. I was ignored. The social worker listened encouragingly to my mother, who did most of the talking, and reconfirmed my G.P.’s assessment that it was the best plan for both my unborn child and myself. She stated that I would soon put ‘the whole thing behind me and could start my life afresh’. There was never mention of any grief I might experience or possible psychological damage to either myself or my infant as a consequence of our separation. There was no discussion about the available benefits that might assist me to keep my baby.
Unbeknownst to me, she marked my file with the code: BFA, ‘Baby For Adoption’, at that first meeting, whilst I was only five months pregnant. This code, as I found out in 1994, when I became involved in adoption rights activism, would guide maternity staff, months later, as to my treatment in the maternity ward. I did say that I wanted to keep my baby, as stated above, and many years later when I gained access to my social work files I saw that the social worker had written: ‘Immature little girl’. Later I would learn that being classified as ‘immature’ was a euphemism for a ‘pregnant girl/woman who wanted to keep her infant’.

One mother’s medical record stamped ‘BFA’. Source: National Archives of Australia.
During this time I travelled by bus to Crown St. for check ups and for more visits with the social worker. The social worker continued to promote adoption and when I would argue with her, and state that I wanted to keep my baby she would ask the same questions: “Can you provide the baby with everything a two parent family can”? “Will you be able to pay all the costs to have the child educated like a two parent family can”? To which I could only reply “no”. She never referred to the baby as ‘your baby’ it was always ‘the baby’. When I would try and advance some plan on how I might keep my child she would interrupt with comments such as: “You are being very selfish”; “Keeping the baby is not in its best interests”; “There are many lovely couples who cannot have children of their own who will provide the baby with all the things you cannot”. The psychological pressure of her words, a person in a far more powerful position than I, and considering my vulnerability, age and inexperience, constituted a form of brain washing. This practice of coercive ‘counselling’ was to ensure that I did not identify as a ‘real mother’ and to engender feelings of shame, unfitness and disentitlement to rear my own child.

The Crown St. hospital. Source: National Archives of Australia.
I was admitted to the hospital ten days prior to the birth. My hospital records reveal that I was administered mind-altering barbiturates four times a day from the time of admission. None of the drugs were given for any medical reason. Neither I, nor my parents, gave permission for their administration. My confinement at the hospital was made worse by being used as a teaching specimen for male interns. I remember one incident, where a nurse came and took me to an empty ward where there was a group standing with their supervisor. The supervisor ordered me to lie down then proceeded to lift up my nightie and began to squeeze my nipples until milk flowed. He spoke about me to his students as if I wasn’t there. He then proceeded to examine my stomach explaining that I was a good example of a 34 week pregnancy, due to my size, position of the baby and the fact its head was not yet engaged.
A few days later I was ordered to go to the maternity ward. My baby was not yet ready to be born, but even so the labour was induced; the result was an extraordinarily painful birth. I was not given any information about the medical procedures that would take place. I was given an injection of Pethidine and as I began to fall unconscious, I panicked and screamed out in terror: “What is happening”? Only one doctor was in anyway considerate, trying to calm me he said: “Don’t try and fight it, just relax and go with it”. I dropped into darkness only to awake three hours later feeling as if my insides were being ripped apart. I thought I was dying. Thrashing around in excruciating pain I accidently knocked one of the nurse’s pockets. She immediately punched my arm and yelled in my face: “Don’t touch me”. Sometime during the birth a pillow was placed on my chest to block any glimpse I might have had of my newborn.
READ: “At six months pregnant, my grandmother was barbarically forced to give up her daughter.”

Once birthed, the practice at the time was to smack the baby’s bottom. I heard the smack, but there was no cry, only silence. The doctor smacked again, but still I heard nothing. I thought my baby has died. Alarmed I attempted to sit up. I cried out: “What’s wrong, what’s wrong, what’s wrong with my baby”? It was then that I became aware of the pillow and before I had a chance to see anything, I was shoved back down on the bed and held down by three nurses. The midwife at the foot of the bed yelled sharply: “This has nothing to do with you”. Then my baby was whisked away before I saw her and before I had the chance to finish the birthing process. What would haunt me for the rest of my life is the fact I never got to see my baby’s face, never got to hold or touch her, never even got to say goodbye. I had fallen into a nightmare from which there was no escape.

A crèche in a large metropolitan hospital, 1953. Source:National Archives of Australia.
I was injected with 200mg of Sodium Pentobarbital and Stilboestrol before being taken out of the maternity ward. Pentobarbital is a powerful barbiturate that interferes with the brain’s higher cognitive functioning, particularly decision making. The Stilboestrol was used to immediately dry up my breast milk. Neither my parents nor I had given permission for the hospital to administer these drugs. I had never verbally consented to adoption, nor had I signed any legal document to that effect. I was the sole legal guardian of my daughter, by virtue of her birth, and had every right to see, hold and feed her. Legally, no decision about adoption was to be given until at least five days after the birth – and that was only a prescribed minimum – not a legal requirement. I should have been able to leave the hospital with my baby without any interference. Yet the code on my file and the treatment I received in the maternity ward made it clear that taking my child for the purpose of adoption was a foregone conclusion over which I had no control.
The day after the birth, I awoke very distressed. I was taken by ambulance to an unknown location. Later I found out it was Lady Wakehurst, the hospital annex at Bondi. I never gave permission to be removed from the hospital and away from my daughter. After arriving at the annex I was drugged for the following five days. On many occasions I cried out in utter despair. I demanded, begged, implored to see my baby, to keep her, but was coldly informed that I could not. It was all too late, my baby had gone. I was told that I would not be allowed to leave the hospital, until I had signed a form consenting to adoption. Here I lay, a sixteen year old minor, alone, traumatised, assaulted and drugged. I felt such a pathetic human being – maybe it was true, I was not worthy to be a mother. Invisible. I felt myself shrinking, the world as alien and as if I was drowning in an ocean of pain and grief.
On the fifth day the welfare officer stood over me whilst I signed the form. The words ‘socially cleared’ were written on the bottom of my medical records, and it was then they told me to leave.
This story originally featured as part of Dr. Christine Cole’s PhD thesis Stolen Babies – Broken Hearts: Forced Adoption in Australia 1881-1987.
***
Dr. Christine Cole is part of Australia’s white stolen generation, which saw an estimated 150,000 babies adopted between 1950 and 1985. Cole formed Apology Alliance Australia in 2008, and spearheaded the campaign for a Senate Inquiry into the Commonwealth Contribution into Forced Adoption.
She won an Australia Human Rights Commission Award in 2013 and was nominated for Australian of the Year Award in 2012 and 2013 for her activism, and her service in achieving justice for survivors of illegal and Forced Adoption.
On 21 March 2013, then-Prime Minister Julia Gillard apologised on behalf of the Australian Government to people affected by forced adoption or removal policies and practices. In her speech, she said sorry to “the mothers who were denied knowledge of your rights, which meant you could not provide informed consent. You were forced to ensure the coercion and brutality of practices that were unethical, dishonest and in many cases illegal”.
“We offer this apology in the hope that it will assist your healing and in order to shine a light on a dark period of our nation’s history,” she said. 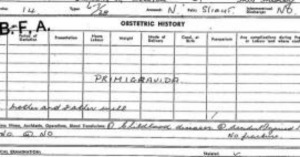 For Bio info click on - About - tab and 'A bit about me' Dr. Christine A. Cole Convenor Apology Alliance Australia
View all posts by apologyalliance →
This entry was posted in My Articles. Bookmark the permalink.